Soon after the start of the trip, I began to wrestle with the challenge of writing about it.  The scale and novelty of it seemed to require an approach that would be as unconventional as the trip itself.  I tried to keep a diary, but there was so much to record that I often fell behind.  It wasn’t until more than a year later, on a gray morning in Minnesota, that I had an epiphany which led me to structure the account in three distinct parts.

Part I covers the first three-quarters of the trip.  It is a conventional narrative consisting of twenty-one chapters, each connected to the next by a series of vignettes.  By contrast, Part II tells the story of a single day by relating my thoughts and what prompted them, from the moment I awoke until the moment I fell asleep.  Part III is a day-by-day diary account of the final quarter of the trip, finding middle ground between the easy-to-read style of Part I and the everything-but-the-kitchen-sink stream of consciousness of Part II.  At times I’ve sacrificed grammar for rhythm and tone, the better to recreate the sometimes flowing, sometimes disjointed, feel of the experience itself.

The title, long/run, also reflects three-part thinking.  long/run is, of course, the story of a long run, but it’s also a story about the inevitable contrast between dreaming of something and actually doing it.  Here the contrast is between longing to run and the run itself, but the distinction applies to almost anything we dream of doing.  Most of all, though, long/run is a story about perspective.  By trying to put you in my shoes and show you what the journey was really like, I want to shed light on how it altered my perspective – how it led me to see things differently – in the long run. 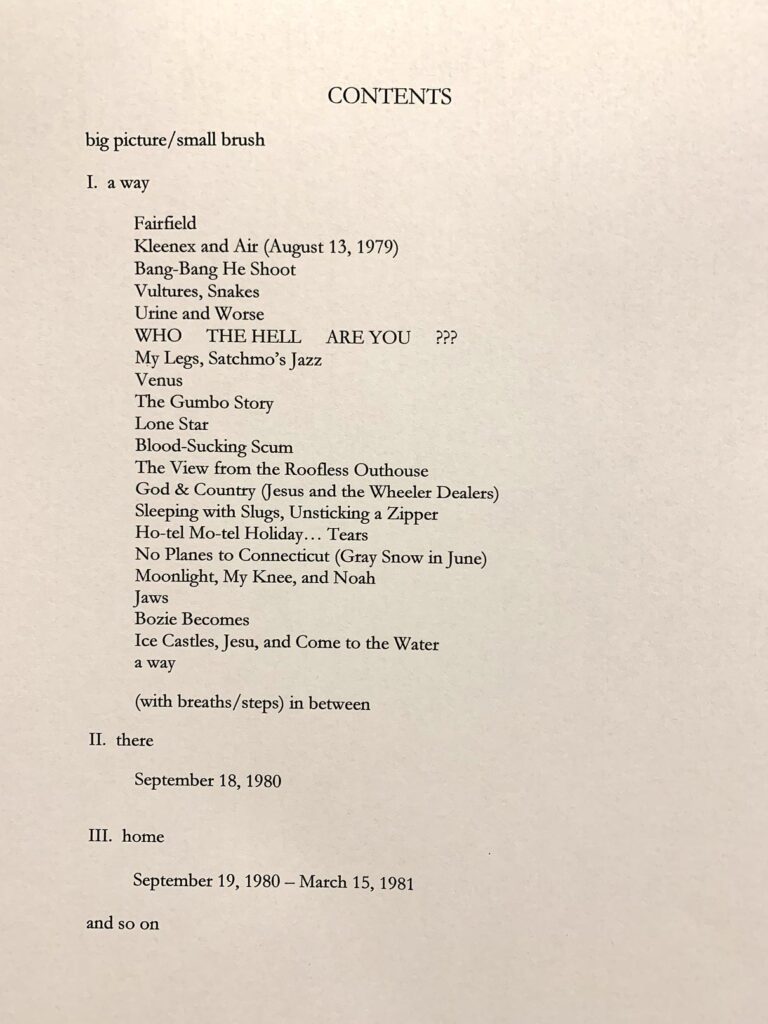